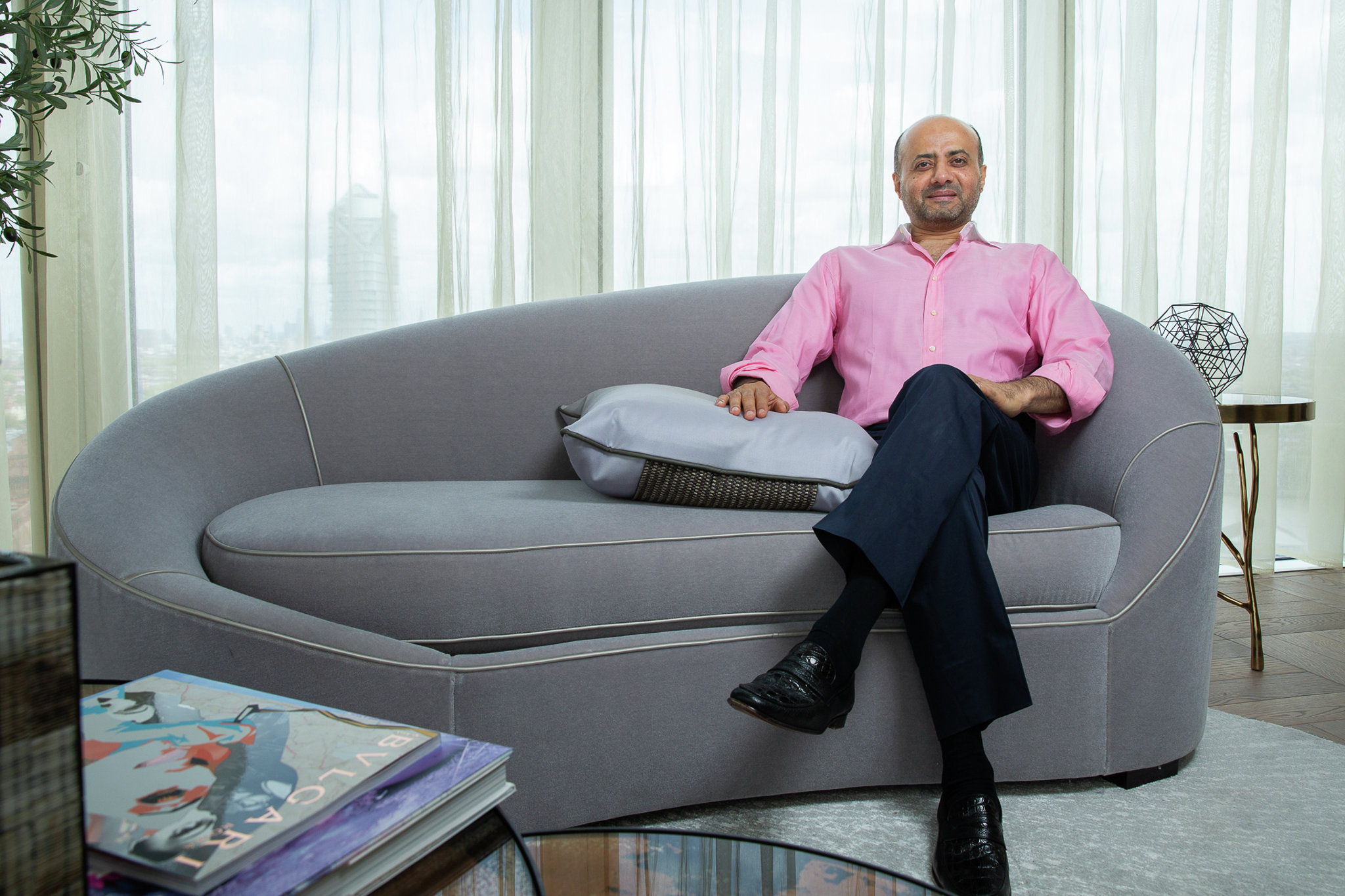 Al Busaidi attended Sultan School before completing his MBA at Henley Business School at the University of Reading, England. In 1986, after finishing his studies, Al Busaidi relocated back to Oman to take up a sports role as the Vice President of Fanja Sports Club until 1988.

Whilst inspiring the youth of Oman to always do their best for themselves and their country."
SAYYID KHALID

Chairman of SABCO Group (1988-present), one of the largest business groups in Oman. With a local, regional and international footprint the well established business group has a recognised contribution to the commercial, economic and social development of the country; whilst bringing the latest international products and services into Oman.

The pioneering spirit of SABCO group has always motivated it to take the initiative in exploring new boundaries. Currently the SABCO Group is home to 22 companies including Amouage, one of the most well-known niche fragrance and luxury brands in the world.

One of the torch bearers of the Beijing Olympics in 2008 as it passed through Muscat, Al Busaidi went on to become a Board Director of the Oman Olympic Committee in 2012. In August 2019 he was elected as the Chairman of OOC and currently holds this position.

A well-known composers and music producers in Oman, Sayyid Khalid has composed 200+ songs (used most notably by singer Ahlam Al Shamsi). In 2004, he became Vice-Chairman of the Omani Song Festival and later went on to appear as a judge on Dubai TV’s ‘Gulf Talent.’ The keen musician spends time playing 5 different instruments.

An avid social media user, Sayyid Khalid has become increasingly popular in the rest of the Arab world. He connects with his large social media following regularly, hosting a highly produced IGTV show with a famous guest each week.

As Chairman of the Oman Football Association (OFA), Sayyid Khalid managed to build a wide network of relationships with sports associations at a regional and international level, as well as accelerating achievements in Oman. Under his leadership (2007-2016), the Oman National Team won the 19th Gulf Cup for the first time in 2009. Following this achievement he received the Order of Oman Civil Decoration from The Late His Majesty Sultan Qaboos bin Said. He went on to become the first ever elected Chairman of the Oman Football Association in the first direct elections to be held in Oman and the Gulf region in 2007.

Other significant sports achievements include: Fanja Club qualifying for the first time in history to the Arab Football Finals and achieving 4th place at the Asian Finals during the same game. Additionally, the club won the seventh Football Gulf Cup for Clubs in 1989, an achievement which was marked as an unmatched attainment for Omani clubs in the history of Oman sports. His vision for the future of Omani football gained the admiration of Joseph Sepp Blatter, the President of the International Football Federation (FIFA) and Mohammed bin Hammam Al Abdullah, the President of the Asian Football Confederation (AFC) who invited him to visit FIFA and the AFC to learn more about it.

Check out some sports highlights and achievements